You are here: Home / Blog / My First Brisket Recap
0 shares

If you read the “About” section you would know, I have been smoking food for over a year now. Up until recently I never wanted to do a brisket, I wanted to wait until I had a good sense of my WSM, temp control, charcoal etc. The other aspect hanging over my head was if you screw up a brisket, that is a lot of money down the drain. I ended up paying $85 for my 15lb brisket. I am not one to throw $85 down the drain, I would assume most people would be on board with that decision.

So, as mentioned this was my first brisket, I did it on my 18″ Weber Smokey Mountain, I used B&B lump and Weber hickory wood chunks. I used a Prime cut brisket from Costco.

We were going to eat this around 1-2pm on Father’s Day, which meant I needed to get this started mid afternoon on Saturday. If you are looking for an idea about how long some will take to smoke a piece of meat, figure 1.5 hours per pound of meat. So for this 15lb, pre-trim (we will get to that later), I was estimating about 22.5 hours start to finish. In addition to that I also wanted to factor in at least 1 hour of rest.

First thing I did was get my chimney started, while that was going I loaded up my WSM with the lump. I filled it to the top, I did not want to have to go back in for a re-fill, if at all possible. While I was getting that going I started working on the brisket. First you need to start trimming off some of the fat. After trim you want to be leaving anywhere from a 1/8″ – 1/4″ of fat. Most of the brisket I felt I did a decent job trimming, there was one section I was not as confident in and sure enough, once the brisket was done and I started cutting it, I definitely left too much fat. I did not weight it once I finished trimming the brisket but I would say I took off easily 2lbs, maybe a little more. At an estimated 13lbs, at 1.5 hours per pound I was now looking at a smoke of approximately 19.5 hours. My take away on the trimming is, definitely get in there and don’t be afraid to take more fat if I think I am leaving too much. My gut was correct.

Midway through the trimming, I got back out, got my chimney of charcoal in the WSM and started getting it up to temp. My goal temp was 225°. While that was working its way up to temp, i finished my trimming and I started with the rub on the brisket. For this I used a Kinder’s SPG rub that I got at Costco. I coated the brisket with olive oil and then started coating it with the rub.

Once that was done, I was about up to temp and so I got the brisket ready to throw on. The brisket was a little bigger than what my 18″ allowed to lay flat so I used a rib rack and propped the brisket up to get it to fit. Once it was on there, I just had to monitor temp, and pretty much dialed it in at 220°. I was hoping for a little higher but was not concerned about the small difference. I got it on at 3:40pm, Saturday. Note, I threw the brisket on the WSM, fat cap up.

The Smoke and Rest

With it now on, it became a waiting game. Temp was good and consistent most of the time, it spiked at one point to about 290° but then started working its way back down, to about that 220° range. Going to assume it caught one of wood chunks and spiked the temperature. Around 12am I actually lifted the lid and it was looking good. It did not appear the bark was exactly where I wanted it to so I did not wrap. IT was right around 170° at that point. I set an alarm at 1:30am to check the temp again. When I checked at that point all was still good. I wanted to give the bark just a little more time to set but I missed my 2:30am alarm. That was a mistake on my part because I did not wake up again after that, until 6am. I fully lay that at the feet of my 1 month old new born who has kept us slightly sleep deprived. You may find this funny but that was actually my biggest concern going in, a new born in the house, sleep deprived and a long smoke that would have me up in the middle of the night. Once I got up, I immediately wrapped in Traeger butcher paper. This was at 6am and the IT was 196° and was probing pretty well but needed a little more time. When I wrapped, I also pulled the rib rack as the brisket had gotten small enough to lay flat. I was still good at 6am on the lump charcoal, although it had burned unevenly on one side but was still staying in that 220° range. I checked back at around 10:55am and it was ready to pull. IT on it was 201° and probing like butter.

I took it off, left the butcher paper on, wrapped in a towel and threw it in my cooler. I left it there until about 2pm when I pulled it for slicing and eating.

Overall I was pleased, the bark turned out really well, I was happy with that as well as with the flavor with the Kinder’s rub and the Hickory wood. I will be interested to see next time how it turns out with getting it wrapped sooner.

Earlier I mentioned I felt I did not get enough of the fat trimmed, you can see it there on the lower right hand corner the amount of fat left. My fears of throwing away $85, did not come fruition, it was edible and turned out rather well. I know what I need to do differently next time, trim more fat, wrap earlier, find the grain before slicing. Worst case, if this is what I got again, I would not complain but we all want to get better at what we do and that is the goal.

Also just to show how well the B&B lump burned, here is a picture, after a 19 hours smoke. Still had some left and I think I could have gotten another hour out of it.

Hope this was helpful to those thinking about trying a brisket in the near future. Until next time, keep that smoke rolling! 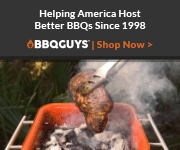 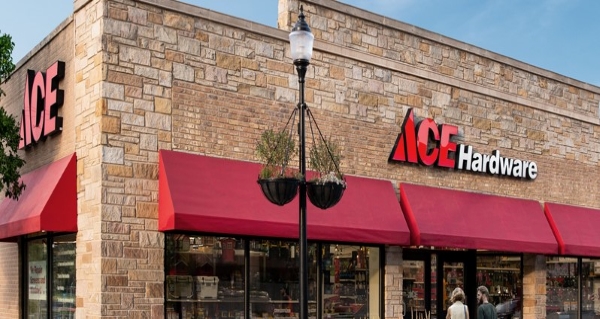